Play Kick Off 2 on your PC -- Quick Step Guide

Talk about EVERYTHING related to Kick Off 1 + 2.

portward.com is free. Just skip the advert when it appears.

What router models do you have?

I expect the "server IP" is the local ip of your pc. Hold down the windows key, and press 'R'. Then enter 'cmd'. enter 'ipconfig' into the black box and your local ip address should be displayed.

I'm pleased to report my brother and i managed to get the online function working today, so many thanks for the assistance provided in the forum.
regarding my other earlier query, does anyone/everyone manage to play this with the picture filling the screen. When i follow the advice and change my pc display to 16 bit, and in the display settings when launching choose 640 x 480 16 bit, if i also click the full screen option it runs in slow motion when the game starts. if i don't click this, i get the smaller box, and it still runs slow until i click the enlarge icon in top right of screen, at which point i still have the small picture, but with a large black border, and it starts running smoothly and at correct speed. Not sure if i should be changing some settings, or perhaps the correct aspect ratio option or maybe thats just the way everyone plays it? Any thoughts?
Top

Maybe the CPU/GPU of you laptop just isn't powerful enough to run the game in a proper full screen mode, which is why it becomes choppy and only plays well when the screen is smaller. You never said what kind of laptop it is. I believe if you run it in windowed mode (no tick next to full screen) it will always show you the game in actual 640x480 pixels which becomes smaller and smaller, the higher your normal resolution is. I have a 19'' monitor running at 1280x1024 so 640x480 is just a small box. If you click on full screen it sort of works the other way round, selecting 640x480 means it will "zoom in" and fill out your screen, if I select my monitor's resolution it goes back to showing me the game in 640x480 and fills the rest with black borders.

What you could try is lowering your desktop resolution down to 800x600 (careful, will mess up your desktop icons) or however low it goes and then start WinUAE either windowed or full screen and see if it runs any better. Otherwise there's always the internets to check about WinUAE, here's a guide to the settings, for example:

Goodmorning guys. I was surfing at the internet and I accidentally fell on this site and this thread.
I can only say one word. Congratulations ! I always wanted to play Kick Off 2 (Amiga version) on my PC and this dream came true
I have a couple of questions.
1. The game says "Kick Off 2 online". What does "online" mean? I can play the game without being connected to the internet .
2. How do I pause the game when I play, how do I save replays etc ?
Top

I knew about emulators. I have Amstrad and Atari ST emulators on my PC
But I had great difficulties in installing and operating the Amiga 500 emulators. There was always something going wrong
The Atari ST version of Kickoff 2 was also very good (except for the drawing of the field. Amiga's graphics are great)
Keep up the work
Top

Welcome to the forum, Vassilis.

I agree the WinUAE setting can be tricky but do persevere - it'll be worth it! Like Alex says, recording clips isn't easy but try this thread.. Otherwise have a look at my red signature link for other useful threads. Good luck!
All the goals, the stats, the stories & more from the KO2 WC 2011 - please click here 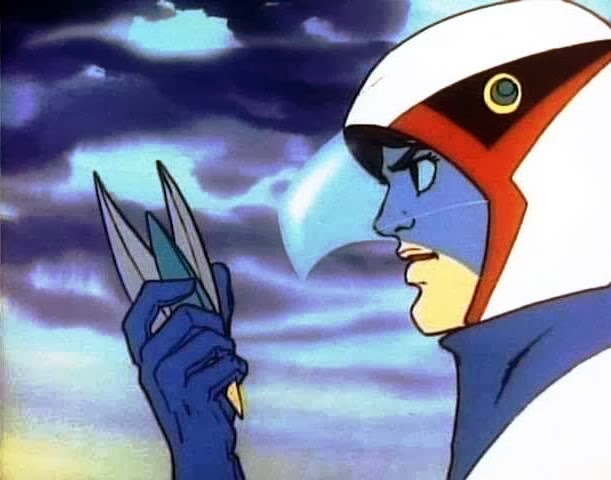 Hi - can anyone provide a working link to WinUAEXP-RKO2K.exe - the one in the OP is redirecting back the the KO-Gathering homepage.
Top

I've sent you a private message

Is there anyone here that can help me ? I tried to download the game but like the fella mentioned above the link is broken. Tried several times with no luck. Maybe someone can PM me and share the goods

Anyways, I am new here and also new to the Kick Of World. I come to you all the way from Boston, USA. Originally from Bosnia and Herzegovina, former Yugoslavia. I never had a chance to play KO and only played SWOS 96/97 here and there. Recently found out that this genious of a man who calls himself Dino Dini will release a new "Revival" and I can't freaking wait. I started playing football games on N64, and my first game was ISS64 and 98. Both those I played to death and then Winning Eleven 6: FINAL EVOLUTION and then started importing Japanese versions of WINNING ELEVEN which in my opinion were always better than European PES version. Winning Eleven 9 LIVEWARE EVOLUTION by many is considered to be the best football sim game ever made. This game was a re-fined PES5 which came 6 months after PES5 and it got only released in Korea on PC and PS2, PC version being the best of them. Game was released in 2006 and it is IMPOSSIBLE to find a legitimate real PC Copy of this game.

Konami slowly started to diminish once PS3 came along and EA/FIFA started to dominate. Judging by my writing you can probably tell that I am a PES fan. FIFA was never my cup of tea. But enough about PES.

Reason why I started to read and research about these older football games such as KO and SWOS is simply because these games are special even tears after they came out. I can't say the same about any other football game.

Both KONAMIs PES and EAs FIFA are a dying breed. If you read the forums year after year players are just giving up the games after few months of play which tells me these companies have no clue how to make a proper football game that will be based on the skill and gameplay rather try to create an illusion by giving todays teenagers realistic looking Messi and C.Ronaldo. I'm afraid to say but I think I am done with PES and Im glad that these older titles such as KOR and Sociable Soccer are coming back. I think with the right movement, solid promoting of these games - we can bring back that magic that is lost now days. Sure, it will be hard to attract todays teenagers that are graphic whores and only like to sprint and score cheap cut back scores with every attack but I know there is an equal amount of players like me who never played KO and have very little exposure to SWOS but I am willing to learn this game from top to bottom - something that many of you did years ago. I do apologize for this long post but it's necessary that I properly introduce myself to all of you. Hope I get to know you guys and I hope that someone will decide to help me get this game on my PC as I stated in the begining that the link is broken. Thanks guys and stay in touch!
DON'T PRACTICE UNTIL YOU GET IT RIGHT. PRACTICE UNTIL YOU CAN'T GET IT WRONG.
Top

Hi Denis, glad you finally got the registration sorted.

Interesting to read your story, and I'm quite sure you'll get the info needed to download, log on and get hooked

Thanks a lot once again for all your help! I will play this puppy on my 42" Sammy

Hi Denis! welcome aboard! thanks so much to write your soccer gamer story, very interesting, and as you said already, you aren't alone in your path, many like you are leaving PES and Fifa for the reasons you wrote.
I'm playing Kick Off for 26 years and I never stopped to play it as it is fun. Anyway I have had always an eye on other soccer games and I followed all the Soccer video game history from inside, playing every soccer game I could on every platform (consoles PC) So I think I know what you mean for Winning Eleven and all the Konami path. I agree about Winning Eleven 6 was one of the best soccer game ever. the way to pass the ball through the defence, beating the offside trap was something very gratificating and I think there was a good balance between real skills (the joysticker) and artificial skills (attributes of virtual players on the field), the gameplay was very good then.

About KO2 I think that the best way to enjoy is is to have a good PC to have a proper emulation.
the second point is to have a proper old school joystick and a fast USB adaptor. there are players that are able to play KO2 even with keys, but I suggest you to use the joystick!

Users browsing this forum: No registered users and 12 guests